Studying human anatomy from Loomis I set out on recreating The Four Riders of Apocalypse. His mount was one of the beasts that I created for my Bestiary, about which more later. 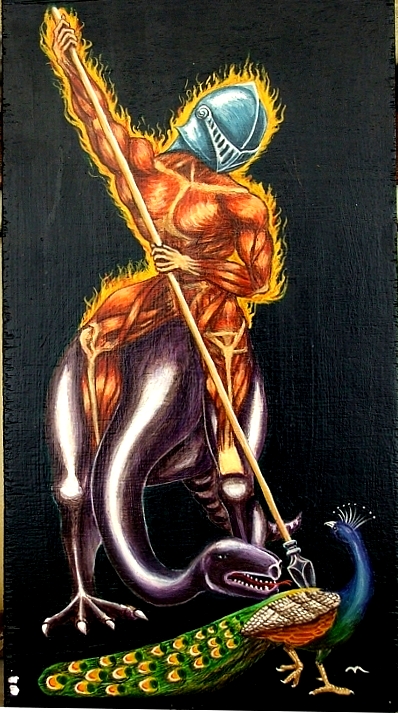 Another archetype that came out of Loomis. Unfortunately I did neither Pestilence, nor Plague, nor Pollution.

“Expulsion from Eden”, a larger painting, oil on plywood

In spite of problems with mold, for some subjects I returned to oil paints. Adam, his third wife, Eve, the Snake of Temptation, Angel, Tower of Babel, I really enjoyed myself on this one. I tried to capture march of progress without painting chain saws.

Tall painting which I could never verbally explain. I received many different comments and some reactions were startling, what people see in it. Ten years later I reworked it as a drawing for “Bicycle Dreaming”, so it must mean something to me. 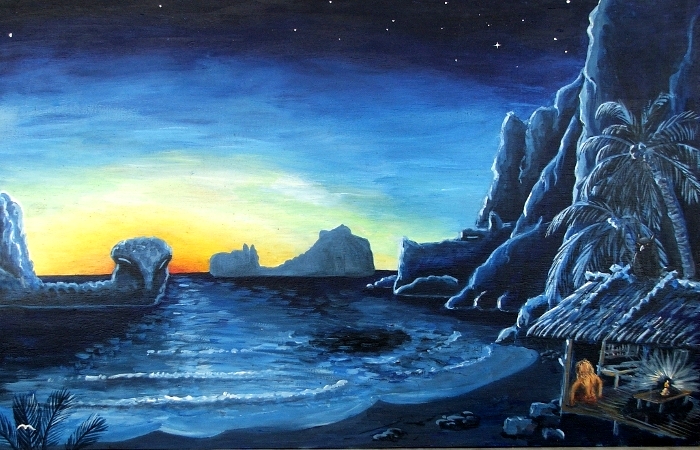 For five years we lived on a beach in Silaga cove in Palawan. Spectacular limestone islands in the bay looked like monstrous beasts, without any embellishment. I learned my landscape painting from them, and I included couple of dozen in the book about those years, “With Mermaid up a Moonberry tree”.

All photos by Nat from smallestforest.net